The Parker's Ferry Battleground site today offers little indication of its historical importance. The South Carolina Battlefield Preservation Trust is currently creating a master plan for the site, which is expected to open to the public in 2022.

Few people can say they spend their workdays following the footsteps of Revolutionary War heroes. But for decades, foresters in our South Carolina timberlands have done exactly that.

What looks like an ordinary forest on the surface is actually Parker’s Ferry Battleground, the site of a dramatic ambush on British forces by an American general known as the “Swamp Fox.”

“A local conservation group reached out to ask if we’d consider selling the property in order to preserve it,” says Jeff Teal, senior land asset manager. “They were eager to share this historically significant site with the public.”

Running along the Edisto River in the Jacksonboro area about 30 miles west of Charleston, the 31-acre site is now in the hands of the South Carolina Battleground Preservation Trust.

“Normally, we wouldn’t consider selling such a small parcel of our core timberlands, but this was clearly a special case,” Jeff says. “We were glad to work with the Trust.” 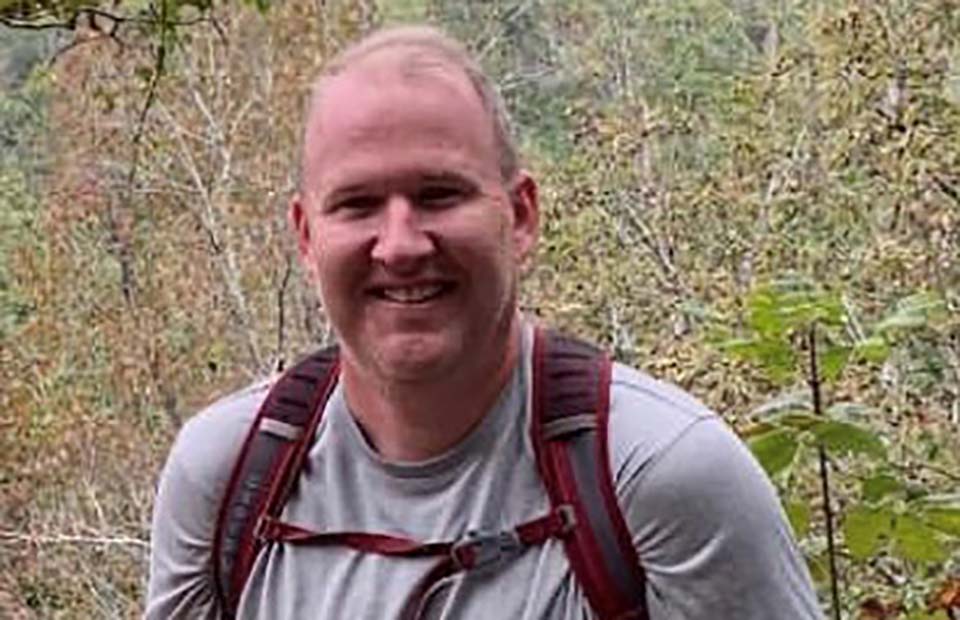 “We get what we call ‘bluebird’ inquiries all the time, which are random requests to buy property from us,” says Jeff Teal, senior land asset manager. “A lot of them are hunting groups. Sometimes it’s the rich and famous. You never know who’s going to be on the other end of the line.”

A BRILLIANT PLAN TO DEFEAT THE BRITISH

On August 30, 1781, Brigadier General Francis “Swamp Fox” Marion and a force of 400 Patriots set up a gauntlet in the thick woods around the causeway leading to Parker’s Ferry.

More than 600 British, Loyalist and Hessian troops charged right into the trap and were surrounded. By the time the battle ended, 125 of their soldiers were dead. Though Marion’s own forces suffered just one casualty, they were out of ammunition and had to let the remaining British soldiers retreat to Charleston.

The battle is considered one of the best examples of the guerrilla warfare tactics that gave Marion his nickname, and it was among the last battles of the Revolutionary War fought in the Carolinas, making it even more significant. South Carolina was the site of more Revolutionary War battles than any other state, so it’s not uncommon for these historical sites to be privately owned today.

The Parker’s Ferry Battleground site has long been used for ongoing timber production and wasn’t easy to parcel out. It’s located on the interior of two 1,000-acre blocks of timberland. Luckily, it’s already bifurcated by two county roads, and our operations can continue as normal in the surrounding forests.

“We get a lot of requests to sell land, but ‘Revolutionary War site’ is not exactly part of our normal filtering criteria,” Jeff says. “I looped in our Timberlands partners and Real Estate Management to review and approve the sale, and with support of our legal team, we were able to structure a deal that worked for both parties.”

Funded by the South Carolina Conservation Bank and private donors, the sale took about a year to complete. We had to make sure it wouldn’t lead to any long-term management concerns for our operations, and the buyer needed time to complete due diligence such as surveys and appraisals.

“If there was ever a reason to do all that work for such a small sale, this is it,” Jeff says. “We’ve worked with this group before to convert timberland to conservation corridors around the state, so we already had a good relationship established. Now this site can serve the public as a historical and cultural destination.” 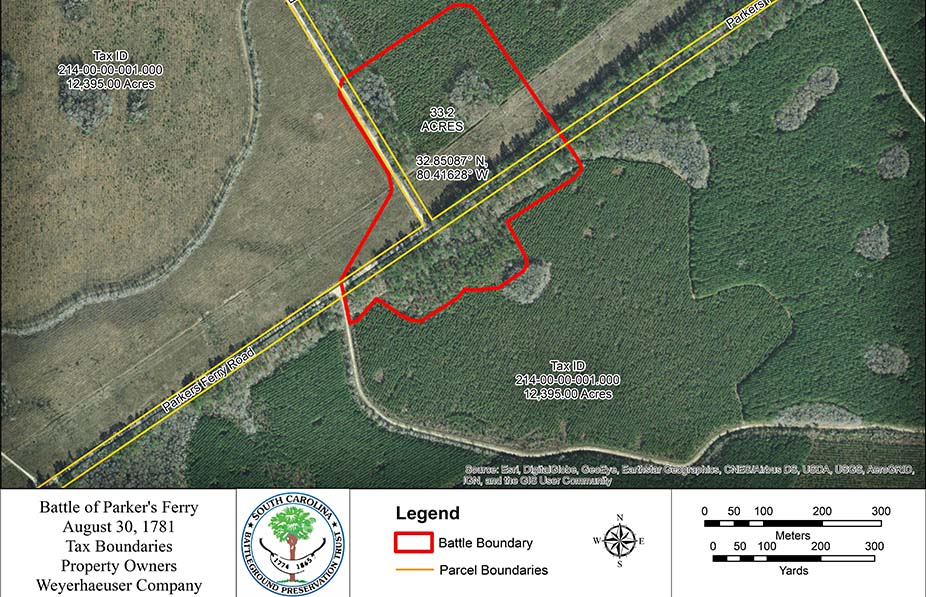 A map of the battlefield boundaries within our timberlands.

The Parker’s Ferry Battlefield will be added as a stop on the Liberty Trail, a driving tour consisting of significant Revolutionary War sites in South Carolina.

Other stops nearby include the old plantation of artillery captain Isaac Hayne; the Pon Pon Chapel of Ease, where Hayne was buried after his execution by the British; and Duharra plantation, where local congressman O’Brien Smith hosted George Washington during the President’s southern tour in 1791.

The South Carolina Battlefield Preservation Trust will start fashioning the master plan for the Parker’s Ferry Battlefield project this fall and expects to open the site to the public in summer 2022.

“We are always happy to protect areas that have special historical and recreational value for our communities,” says John Sabine, South Carolina area manager. “This partnership is a great opportunity to contribute to the Liberty Trail and help preserve a significant piece of South Carolina’s Revolutionary War history.”

Territory manager Holly Woitovich has all the right moves

Tricia Quinn Floats Into the Maine Forestry Hall of Fame