Banking on the future: When the U.S. Army Corps of Engineers had a problem, our mitigation banking business had the solution

In August 2016 a storm battered southern Louisiana with upwards of 30 inches of rain in 48 hours. More than 146,000 structures flooded across 20 parishes, resulting in damages of more than $10 billion.

To prevent the recurrence of such a devastating event in the Lake Pontchartrain Basin, the Army Corps of Engineers developed a flood prevention plan that involves multiple civil works projects, including building a diversion canal for the Comite River. But the projects would come with significant environmental impacts that the Corps needed to offset by purchasing wetland credits from an approved mitigation bank.

A mitigation bank is a market-based mechanism for offsetting the unavoidable loss of wetlands habitat in one area with credits from restored, enhanced or preserved areas within the same watershed or basin. After purchasing offset credits on the open market, developers can obtain the necessary permits to move their projects forward. As a result, there’s no net loss to the environment (see sidebar for more).

In addition to the conservation benefits mitigation banks create for wildlife habitat, they can generate significant premiums to timber returns in the right environment — and, in the case of our Pontchartrain Basin umbrella mitigation bank, it would also provide tangible support for surrounding communities through flood prevention.

“This project would benefit the local parishes and everyone who lives and works there,” says Doug Hughes, senior manager for mitigation banking. “We currently have one mitigation bank in the area, Gum Swamp, but its credits have been sold. To facilitate the needs of the Corps we focused on the adjacent 7,400 acres of lowland timberlands, concluding that converting it could provide significant value. The Pontchartrain Basin bank would be our largest mitigation project by far — most are 1,000 to 2,000 acres — and we needed to move quickly to take advantage of the opportunity the Corps was offering.” 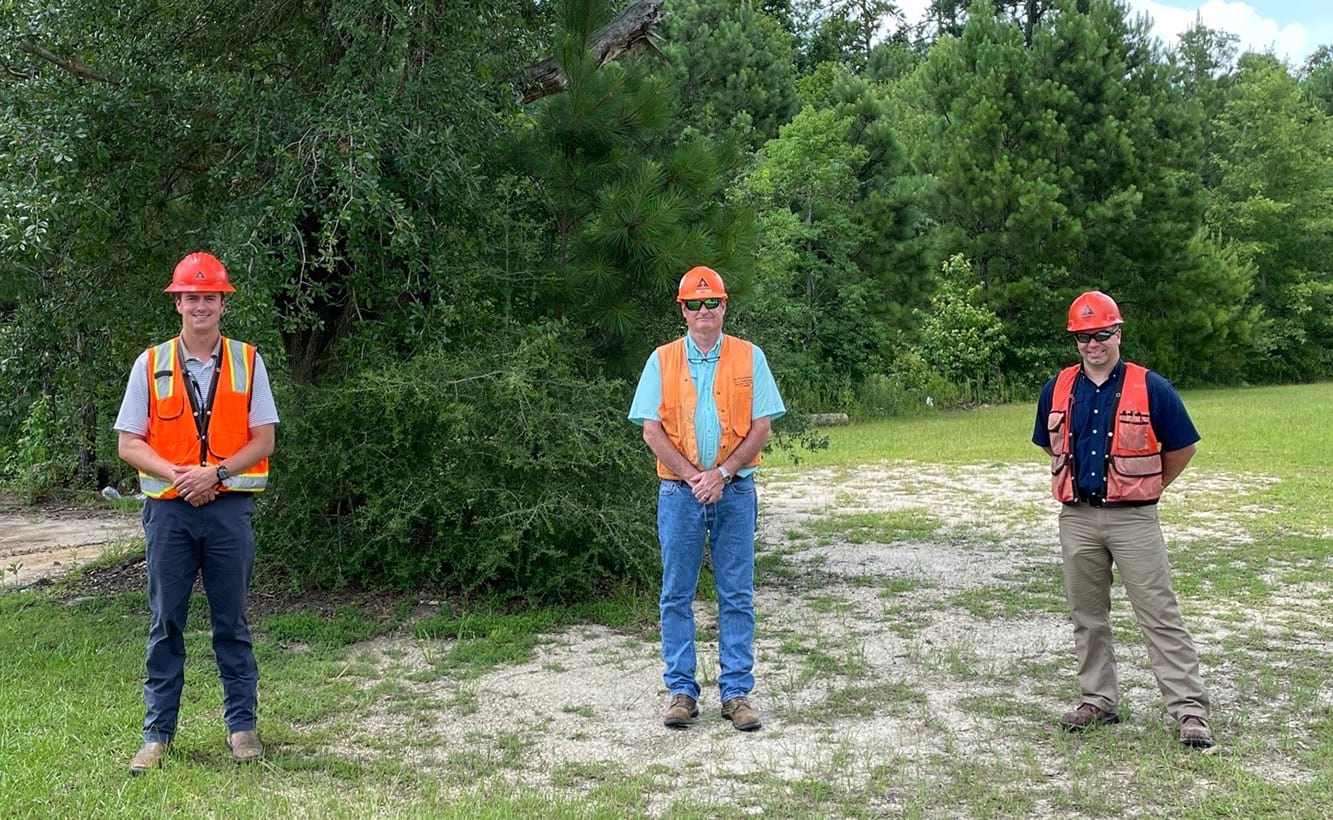 PULLING TOGETHER AS ONE COMPANY

Creating a mitigation bank, with all the needed approvals from external agencies, is a laborious process. And before any of that work could get started for our Pontchartrain mitigation bank, each of our businesses had to work through challenges with this particular parcel.

There were existing oil and gas leases that would need to be changed. Three hunting clubs held recreation leases that extended into the property. The land was predominantly softwood loblolly pine intermixed with natural hardwood, meaning some 5,800 acres would also need to be harvested — and immediately replanted — to create the bottomland hardwood credits the Corps needed. And very little of the estimated 250,000 tons of wood had been included in 2019 harvest plans, or in wood procurement plans for Holden, our closest mill.

“At first it seemed like a pipe dream,” Doug says. “But the more we explained the benefits, the more people got on board. The Corporate Development team worked closely with Timberlands leaders to put together a plan, and when we presented it internally, no one hesitated. There was this overarching sense of doing what was best for the company as a whole, not to mention the community and the environment.” 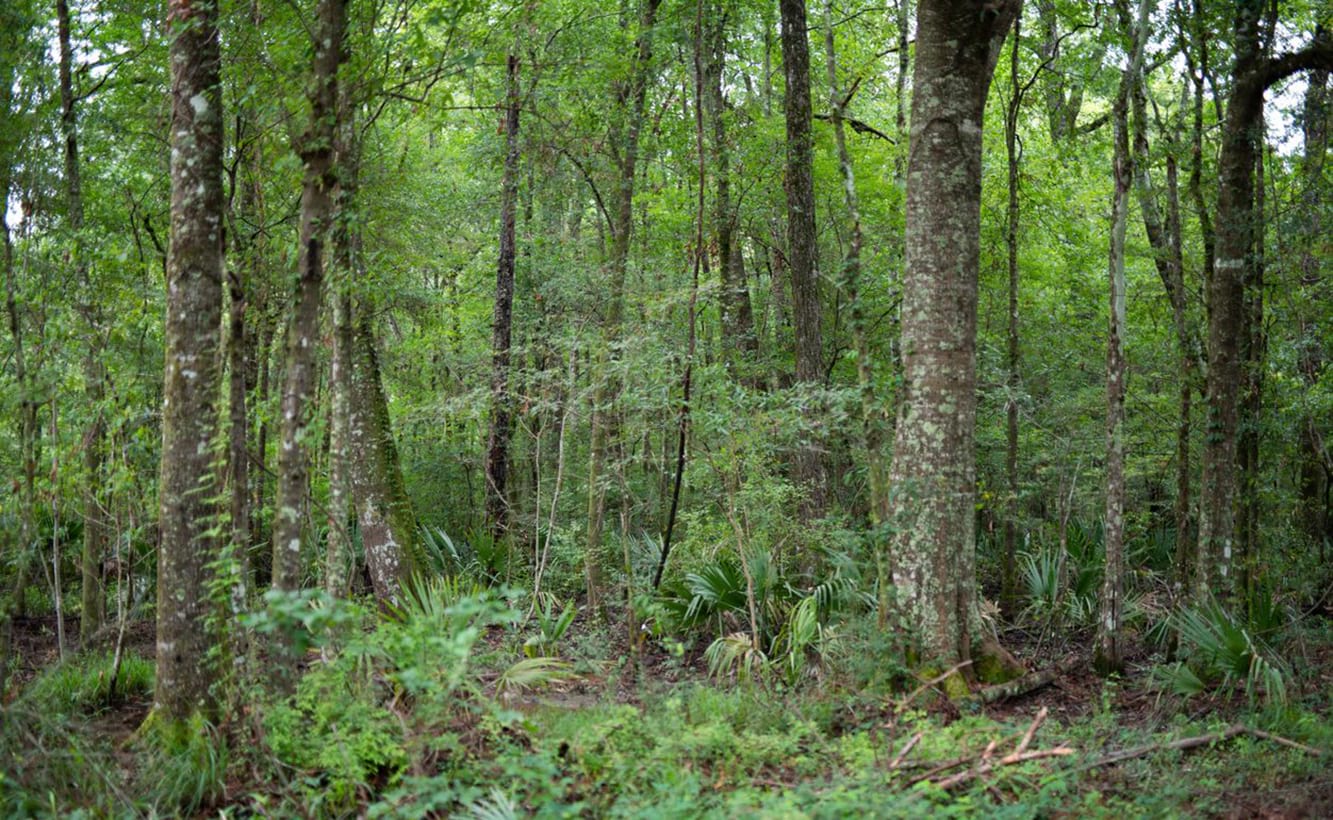 The cross-functional team wasted no time. Though a typical mitigation bank approval process often takes two to three years, the Corps wanted to start work in 2021 and needed the credits by then. If we couldn’t get Pontchartrain approved on time, we would miss the opportunity to bid for the Corps’ credit purchases.

Our Oil & Gas team contacted customers who held lease options for exploration on the property, and the recreational lease team reached out to the hunting clubs.

“We understand our customers,” says Phillip Blower, oil & gas director. “They’re often looking for mitigation credits themselves, so they appreciated our efforts and understood the process. We drew on our wealth of data from past exploration and strategically located about 30 well sites to suit their future needs.”

“They were a little timid at first,” Paul says. “They’ve hunted in mature woods for a long time, so harvesting the property, especially such a large swath all at once, was definitely surprising. But they have a kinship with the land, so they understood the long-term environmental benefits we were chasing.” 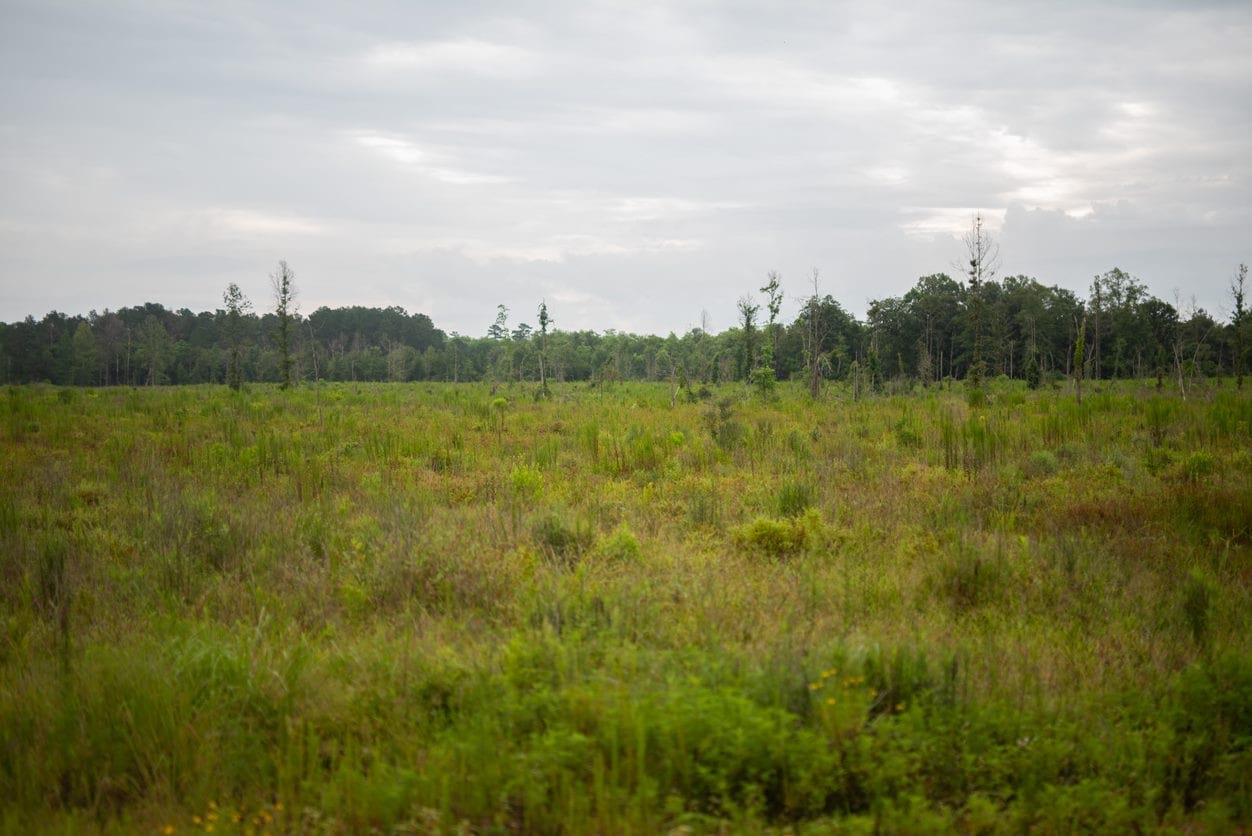 FROM HAMMOND TO HOLDEN

In the summer of 2019, Howard McClinton, Hammond area manager, and David Smith, harvest transportation manager, oversaw the on-the-ground logistics to convert the land to a mitigation bank.

“I’ve done one or two mitigation banks since I started working here in 2002,” Howard says. “They’re usually a few hundred acres. The sheer size of this one was kind of intimidating. Plus, we were under a time crunch to get it done. Not only did we have to finish work before the wet season, there’s also a daily tidal surge that dictates where and when you can harvest.”

Despite the challenges, our contractors were able to complete the harvest in about six months, bringing in special low-ground pressure equipment such as track processors and six-wheel skidders.

Most of the harvested timber was absorbed by Holden, our southernmost Louisiana sawmill.

“In early 2019, my boss told me all this wood was coming almost all at once,” says Lonnie Wascom, raw material manager. “We put on our big Weyerhaeuser hats and found a way to make it work. I don’t think there’s another company out there that could have pulled this off. We have the scale to be flexible and move volume around between timberlands and our wood products operations.”

FROM “GO” TO APPROVAL IN UNDER 18 MONTHS

After harvest, we replanted the property with hundreds of thousands of native hardwoods of various species with the help of Delta Land Services, a company specializing in mitigation banking.

In October 2020, the bank received final approval from regulators with an estimated $250 million in future credit value for the company. It was the quickest approval in the history of our mitigation business. And in April 2021, we won the bid to provide $16.8 million in credits ($42,000 per acre) to the Corps so it could start flood prevention work on the Comite River.

“Pontchartrain Basin was unprecedented in size and in time to approval, and it wouldn’t have happened without close, cross-business collaboration,” says Todd Powell, vice president of Real Estate Development. “By working together, the project team created significant value for the company, the environment, and the communities of southern Louisiana that will directly benefit from the Corps’ engineering work.”

For their work to complete the Pontchartrain Basin umbrella mitigation bank, Doug and colleagues from all three of our businesses received a 2020 Weyerhaeuser Timberlands Recognition of Excellence Award for Working Together.

What Is Mitigation Banking?

Authorized in section 404 of the U.S. Clean Water Act, mitigation banks are land set aside to preserve, enhance or restore a wetland, stream or habitat area to make up for development impacts in a similar nearby ecosystem. Mitigation banks are regulated and approved by the Corps and a consortium of federal, state and local agencies; once those entities approve a bank, the property owner can sell an approved number of credits to third-party developers to offset adverse ecosystem impacts from nearby projects.

Our mitigation banking business was started in 2007 to add value to lower-performing, wetter, harder-to-operate and difficult-to-access timberlands in low-lying areas by converting the property to mitigation banks.

We currently operate 16 mitigation banks and projects, primarily in the U.S. South. Another half-dozen or so projects are in various stages of evaluation and development.

The Army Corps of Engineers is responsible for overseeing mitigation banks at the federal level, which includes assigning credit totals and tracking the exchange of debits and credits.

“It’s not a simple process to get a mitigation bank approved,” Doug says. “It requires a permit from the U.S. Army Corps of Engineers and a project review team that can range from four to 14 agencies at the state and federal levels. But the investment is well worth the effort. A strategically located bank generates higher returns for the company than timberlands.”