Once work is done, these 11 acres of pastureland will be converted into essential fish habitat.

In an area along Oregon’s Coos River, east of Coos Bay and just downstream from the point where the Millicoma and the South Fork Coos Rivers join, there’s an 11-acre piece of property that was, for a time, forgotten about.

Decades ago, when our Coos Bay tree farm was first being logged, crews rafted logs down the two rivers from the Allegany and Dellwood logging camps. The rafts were re-tied near the confluence and then floated farther down river to our old Coos Bay Weyerhaeuser mill.

The last load of logs was rafted down the river on Jan. 4, 1989, but the little triangle of land where the rafts were re-tied remained in our ownership as pastureland, yet wasn’t connected to any other timberlands we manage. As a result, little happened there until a failing tide gate brought it front and center — and offered a unique opportunity to invest in restoring fish habitat, including for coho salmon. 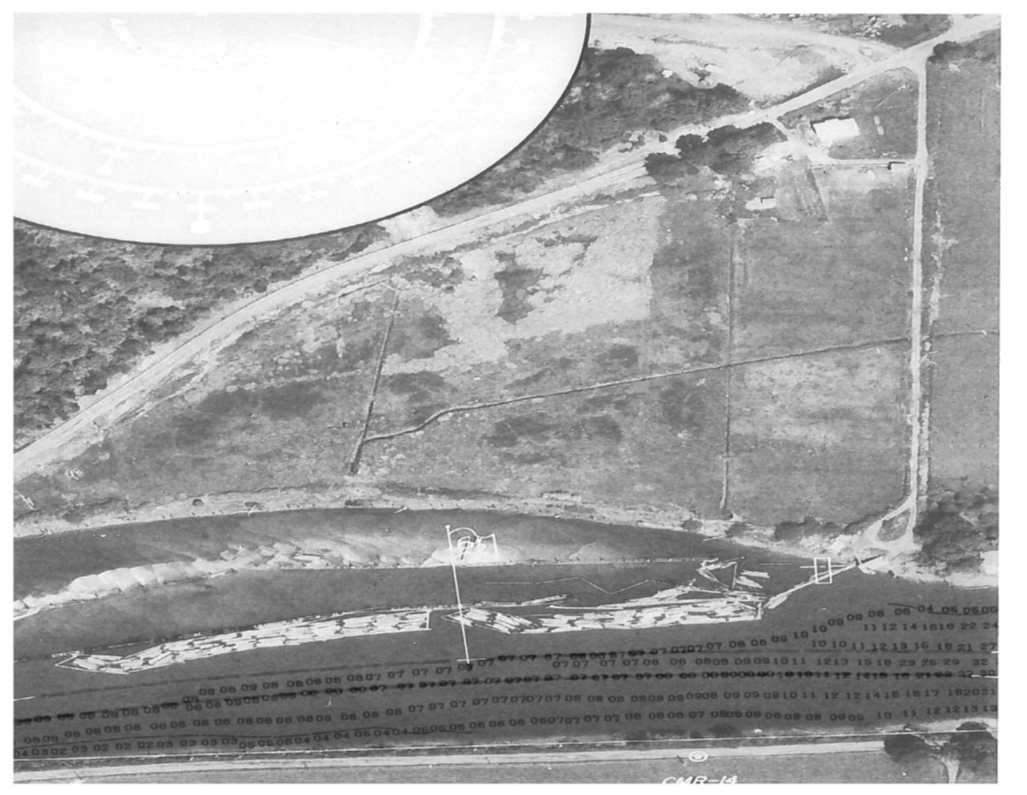 An aerial photo of the land taken in 1975. The small white rectangles along the bottom center are rafts of logs that had been floated down the river from the Allegheny and Dellwood logging camps, and were re-tied here before being floated to our old Coos Bay mill.

The levee and tide gate — which operates like a one-way flap on the end of a culvert, keeping tide waters from coming in but allowing water to flow out — ran along the edge of the 11-acre property and started having issues in 2016. Tidal waters were overtopping the diked area, which threatened nearby homes with potential flooding. When the problem was brought to the attention of Jason Richardson, region engineering lead for Timberlands based in Coos Bay, he immediately began working on a solution.

“The land itself isn’t useful to us as a company anymore, but we’re fully committed to being a good neighbor,” Jason says. “We were going to do the right thing and fix the tide gate and levee.”

Jason sought emergency permits from the U.S. Army Corps of Engineers for a temporary repair, which would protect the homes as quickly as possible. But when considering a permanent solution — building a new dike to access and replace the failing tide gate — he saw an opportunity to make the land more useful.

“This is a unique piece of property,” he says. “Since we already needed to do work on it, I realized it would be a shame if we didn’t think about how to also improve it somehow for fish.” 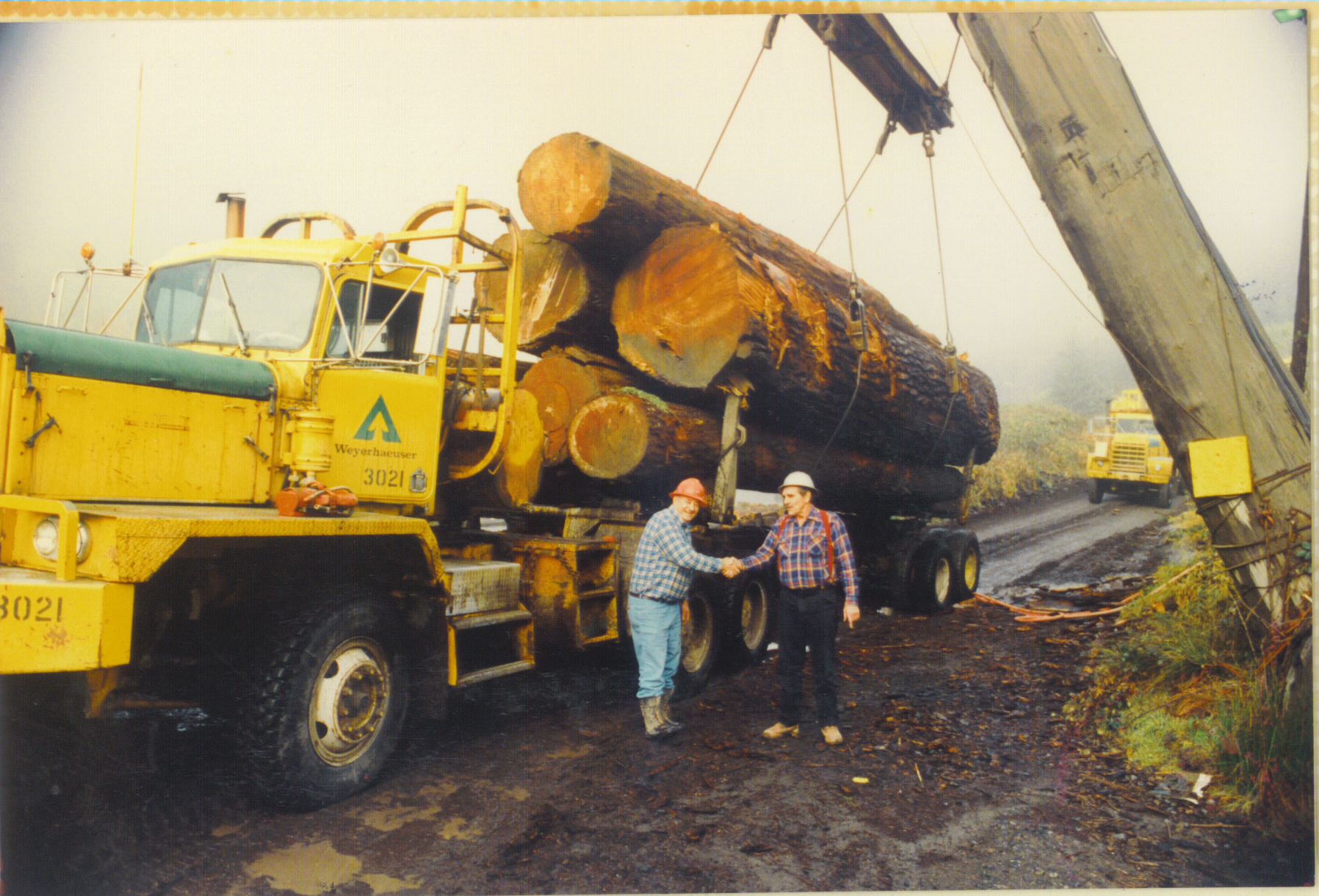 The current tide gate provides very little fish habitat, but the area is located where saltwater from Coos Bay meets freshwater from the nearby rivers — ideal habitat for young migratory fish before they leave freshwater rivers for the ocean. So, Jason worked with the Oregon Department of Fish & Wildlife and the Coos Watershed Association to develop a better approach.

Instead of basic mitigation to simply repair the failing structures, they came up with a plan to completely reconfigure the area, setting the dike back in a different location so that 11 acres of land could be opened up to tidal fluctuation and serve as refuge habitat for young salmon. The Coos Watershed Association helped with design and permitting for the new concept.

“That’s exactly what they’re designed to do,” says Jason, who also sits on their board. “They’ve been a great partner.”

Because the expanded project would take longer than the simple tide gate fix they’d originally considered, Jason asked the Corps of Engineers for a permitting extension. The extra time allowed him to coordinate with the Coos Watershed Association to seek grant funding for the project.

“We took this project from straightforward, bare minimum mitigation work and turned it into something special,” Jason says. “We collaborated with other partners, worked together and raised the bar, holistically restoring the entire area. Plus, most the grant money is staying in the community by using local supplies and contractors.” 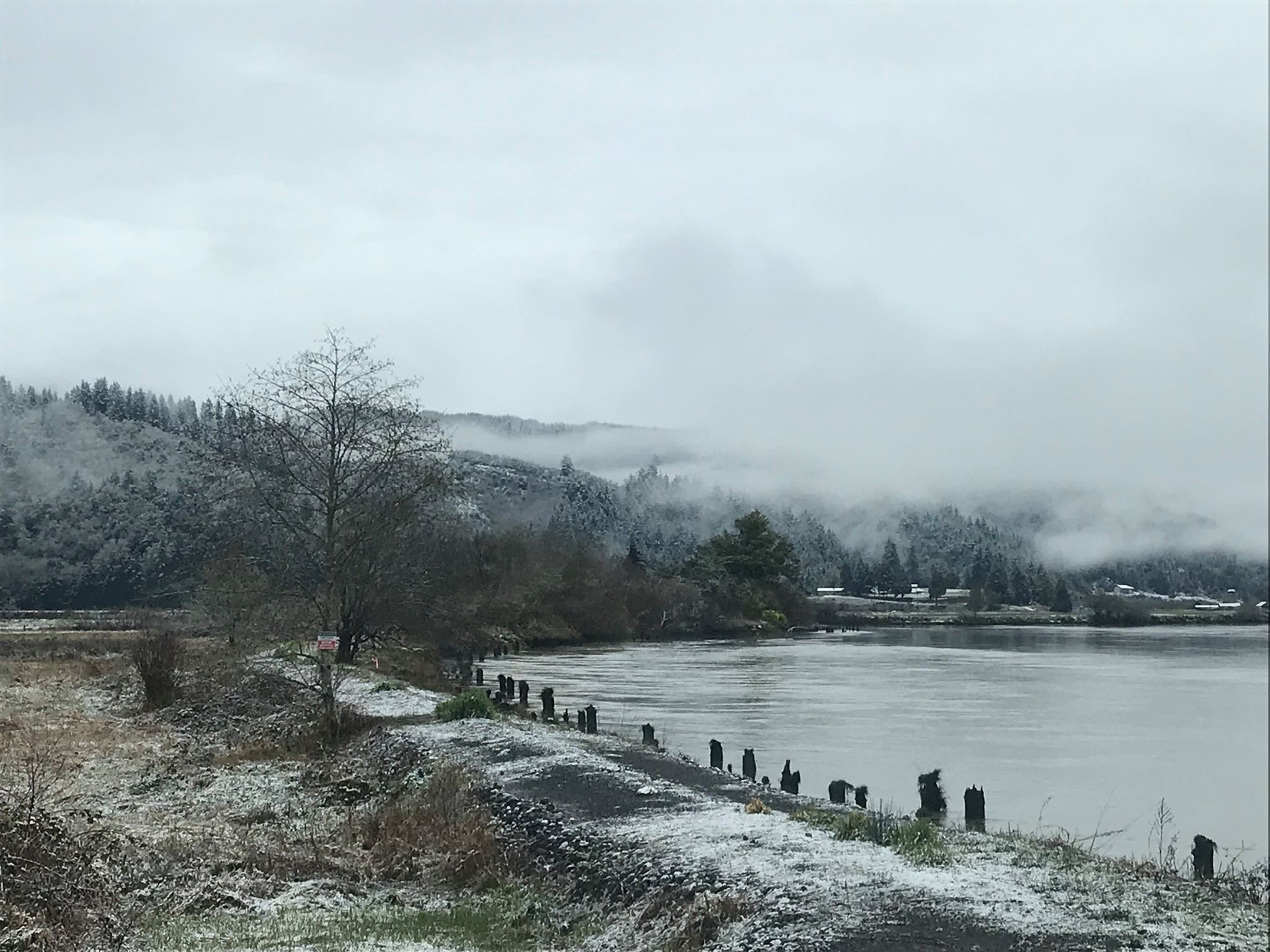 The Coos River runs along the property. Recently, tidewater from the nearby Pacific Ocean began overtopping the dike seen in the center of this photo.

This summer, crews will breach the existing levee to reconnect tidal wetland just downstream of the confluence. Then they’ll excavate new channels and use the earth they remove to create hummocks — or mounds — for native plants to grow on. Next, they’ll place more than 70 logs among the meandering channels, which will create habitat structure and provide shelter for salmon.

“Young migrating fish such as Chinook and coho salmon need to spend part of their life transitioning in pools of water like what we’re creating here,” Jason says. “This area collects slow-moving water from meandering streams, but it’s right next to a major river with high flows. The calm waters give these little smolt an opportunity to find some off-stream refuge habitat with quiet water to hide out. This type of habitat is where they taste saltwater for the first time, and they’re a bit shocked. That’s why it’s important to give them a chance to rest before they continue their journey to the ocean.”

To improve the area for human neighbors, Jason and his team will construct a new setback levee with a tide-gated culvert to provide flood protection for the nearby homes. They’ll also plant native species, including Sitka spruce.

“Sitka spruce used to be the native biotope in these wetland areas of the Coos Watershed, but they disappeared,” Jason says. “We have the opportunity to reintroduce this native habitat back to the area, which is also exciting.”

The project has very complex permitting requirements with a lot of moving parts. Work needs to occur during low tide, so the contractor will encounter some nighttime work. Construction will begin in mid-August and must be completed by late September, when fall tides get too high. But Jason is optimistic it will be completed on time. 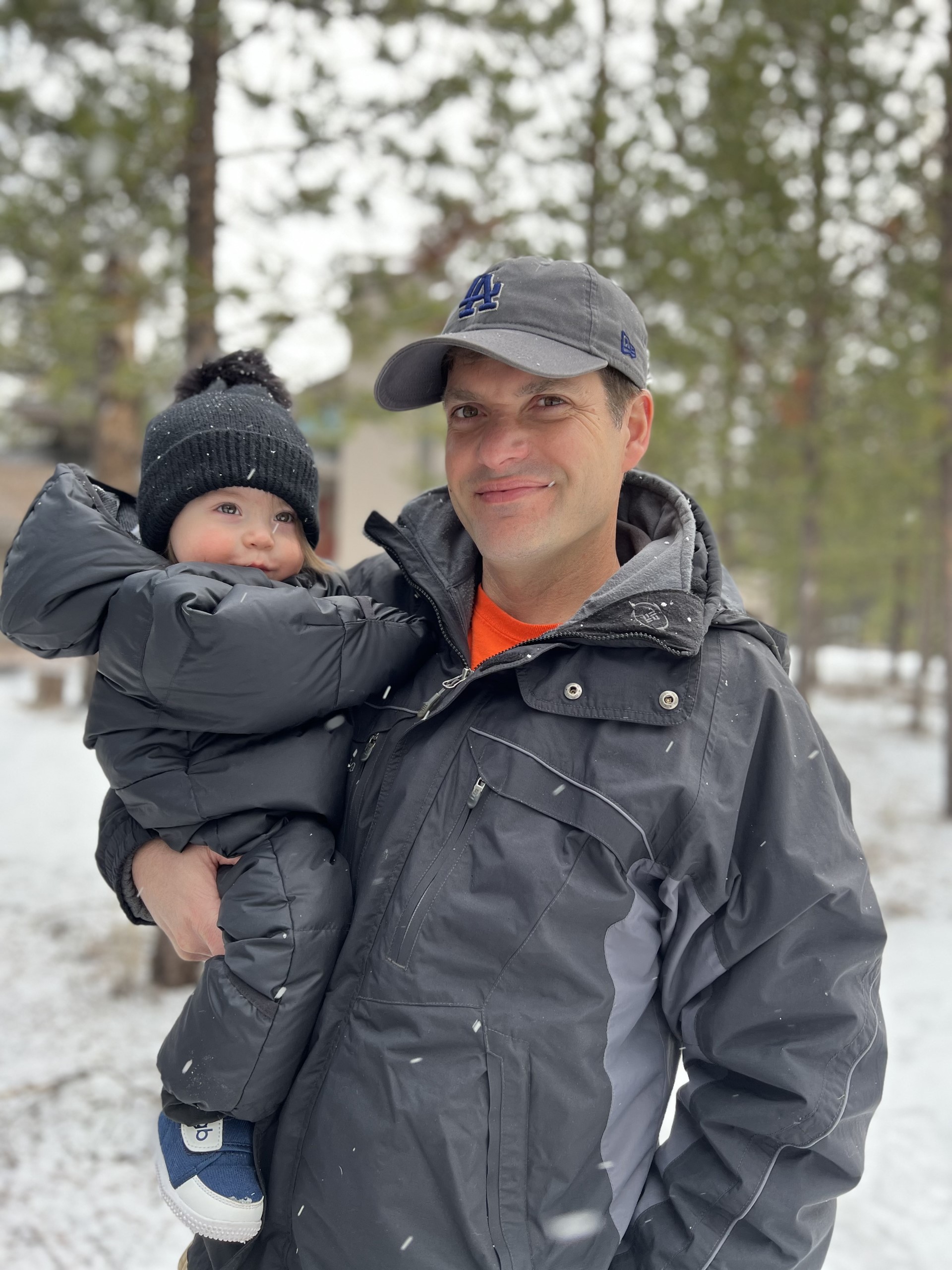 Jason Richardson (shown here with his youngest child, Jaxson) is the region engineering lead for Timberlands. He seized the opportunity to complete his first downstream fish migration project when the failing tide gate came to his attention.

The restoration project is unusual, both in its complexity and in the fact that when work is complete next year, Weyerhaeuser will donate the land for conservation. Details are still being finalized, but the Millicoma Confluence Floodplain Restoration Project will be an attractive asset as a restored wetland area. Thanks to its visible location, it will be a great public example of creative partnerships and holistic restoration.

“This project will bring a tremendous amount of benefit to Endangered Species Act-listed coho salmon and a whole host of other species,” says Haley Lutz, executive director of the Coos Watershed Association. “The project will ultimately restore tidal inundation to nearly 11 acres and increase habitat quantity and quality through channel re-meandering and extensive native species planting. The location is prime habitat for aquatic species, as it’s at the confluence of two highly productive river systems and will provide critical off-channel rearing habitat for coho.”

The work done here will also positively impact all the other fish passage projects Jason has worked on upstream over the years. In fact, he says it’s the first downstream fish migration improvement project he’s done in his more than 20 years with the company.​​​​​​​

“We’re protecting nearby homes and being a good neighbor; we’re improving salmon runs; we’re keeping our core contractors busy; and we’re collaborating with other entities, including ODFW and Coos Watershed Association,” Jason says. “Everyone comes out as a winner on this one.”