A new community forest, complete with hiking and biking trails, is coming to the city of Ilwaco, Washington. It’s the result of a years-long partnership with our Timberlands, Land Asset Management and Government Affairs teams to facilitate a land transaction that gives the city long-term control of its watershed and natural resources.

The sale includes two separate land parcels that bracket Indian Creek reservoir, the city’s primary source of drinking water: 178 acres of harvest rights on land we sold to the city in 1988 but retained the harvest rights to, and an additional 210-acre parcel that Ilwaco will now fully own and control. The deal recently closed and was announced recently.

“Ilwaco is a small, highly engaged community with a population of about 1,100, and this transaction is a great example of the many ways we strive to be a good neighbor every day,” says Craig Crawford, director of land asset management. “We received a fair market price for the land and timber, and Ilwaco gained control of property that will be managed as a community forest and resource long into the future.” 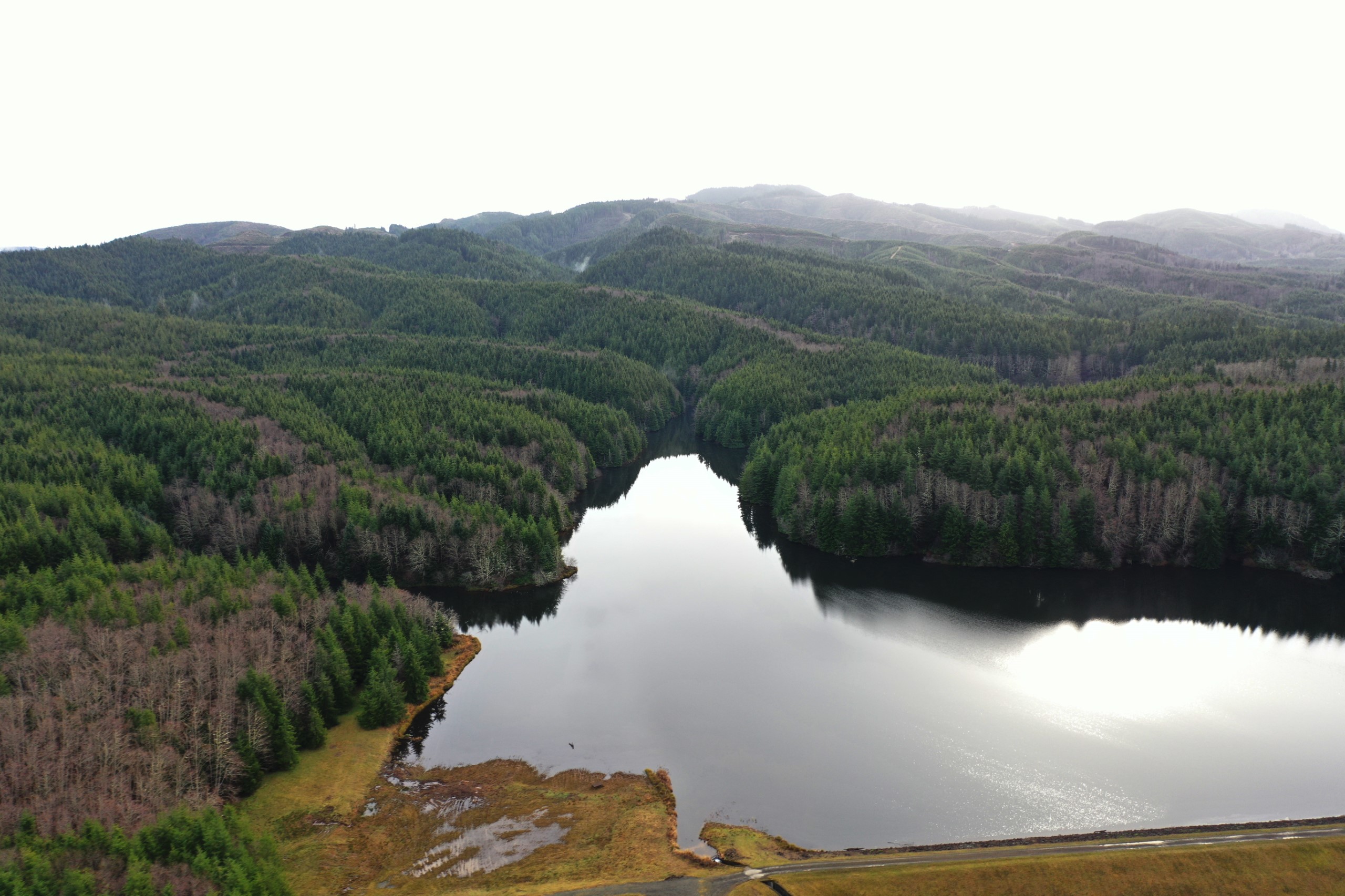 Looking out over Indian Creek Reservoir and the land that will become Ilwaco’s new Bear River Community Forest. The completion of the transaction is the result of a multi-year effort. City officials hope the innovative funding method, which aggregates grants from various public sources, will serve as a model for other communities in the region.

Ilwaco first considered buying the full timber rights and additional property after a 2013 Columbia River Estuary Task Force study recommended the city take a more proactive, long-term role in land-use decisions within the watershed’s runoff boundaries. The best way to do so would be for the city to own both the property and timber rights for the land around Indian Creek reservoir.

But purchasing the property would likely cost millions of dollars — a big funding challenge for a small town described by locals as a tight-knit fishing village and vibrant arts community on the Columbia River.

“We had a strong interest in purchasing the property but no money to fund the effort,” says Matt Lessnau, Ilwaco councilmember. “It initially seemed so far outside the realm of reality.”

Then in 2017 we notified the city that the 178 acres we held timber rights for were included in three-year harvest plans.

“City officials asked if we would be open to selling both the timber rights and additional adjacent property to control their entire watershed,” Craig says. “Of course, we were willing to talk.”

The land was removed from harvest plans as negotiations started, but funding continued to be a challenge for the city as it looked into purchasing and managing the acreage as a community forest. 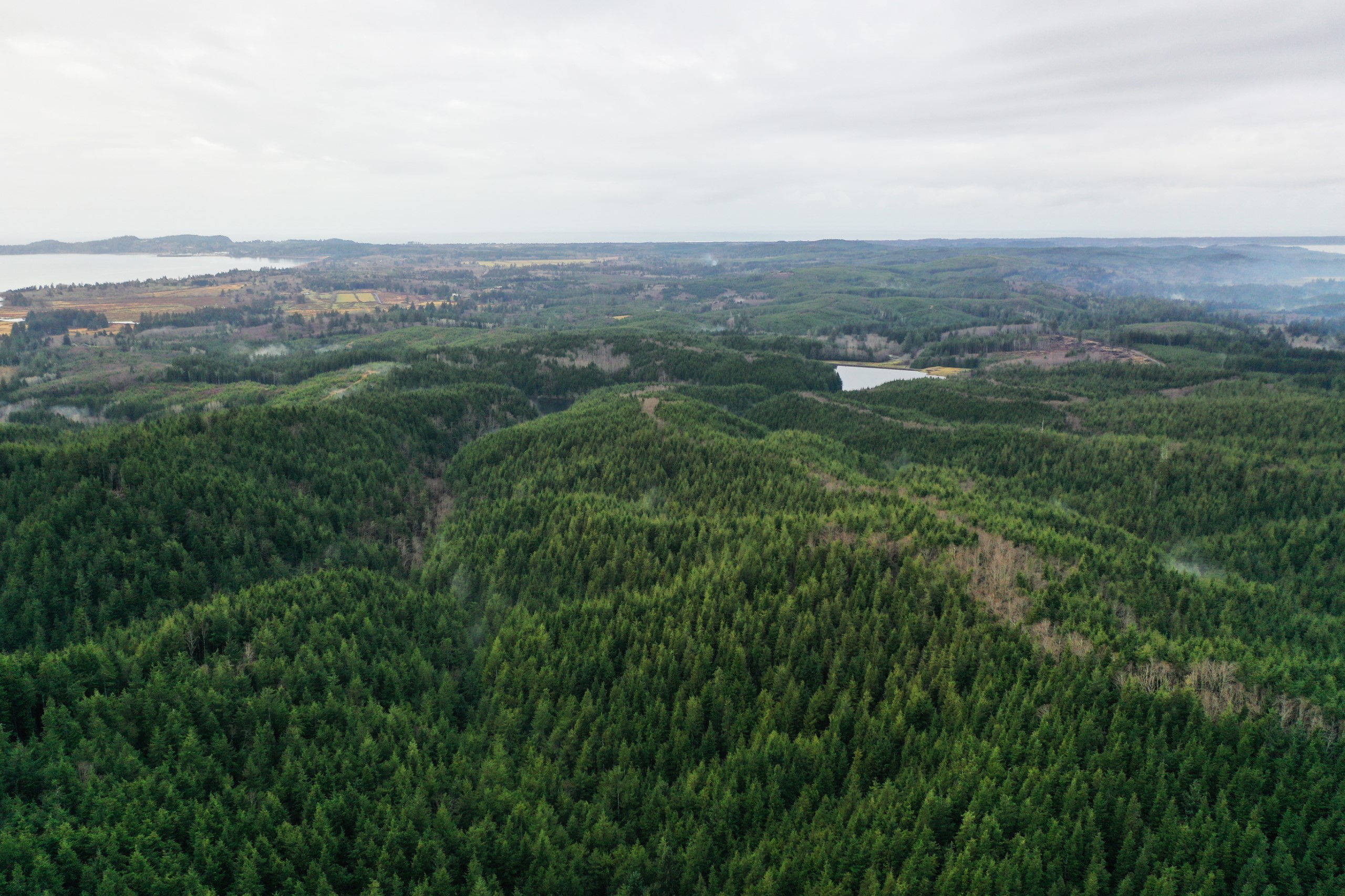 Looking out across the new community forest, with the reservoir in the center, Baker Bay and the city of Ilwaco in the upper left, the Pacific Ocean along the top, and the southernmost point of Willapa Bay at the top right.

A PATH TO FUNDING

Then, in 2018, Matt met a representative from the Washington Environmental Council at a Rethinking Rural Conference in Port Townsend, Washington.

“We started talking about the Indian Creek watershed, and he thought there might be a way for us to put a complete funding package together,” Matt says. “Through the Washington Environmental Council, I was introduced to Sustainable Northwest and the Trust for Public Land, and we realized there were numerous grants and low-interest loans we might be able to tap into.”

In some cases, doing so required the city to get creative. For instance, one Washington agency provided grants and loans for physical infrastructure improvements to drinking water systems but hadn’t previously considered funding green ‘infrastructure’ such as a community forest.

“We had to convince the grant scorers that ecological investments like land purchases were worthy of consideration,” Matt says.

It worked. The Trust for Public Land and the city of Ilwaco were able to coordinate their efforts in applying for the various programs they had previously identified, and soon funding started to roll in. With assistance from TPL — as well as support from U.S. Congresswoman Jamie Herrera Beutler — the city began coordinating the receipt of funds from various state and federal agencies, including the Washington Departments of Ecology and Commerce, the U.S. Department of Agriculture’s Community Forest Program, and Housing and Urban Development’s Community Project Fund. 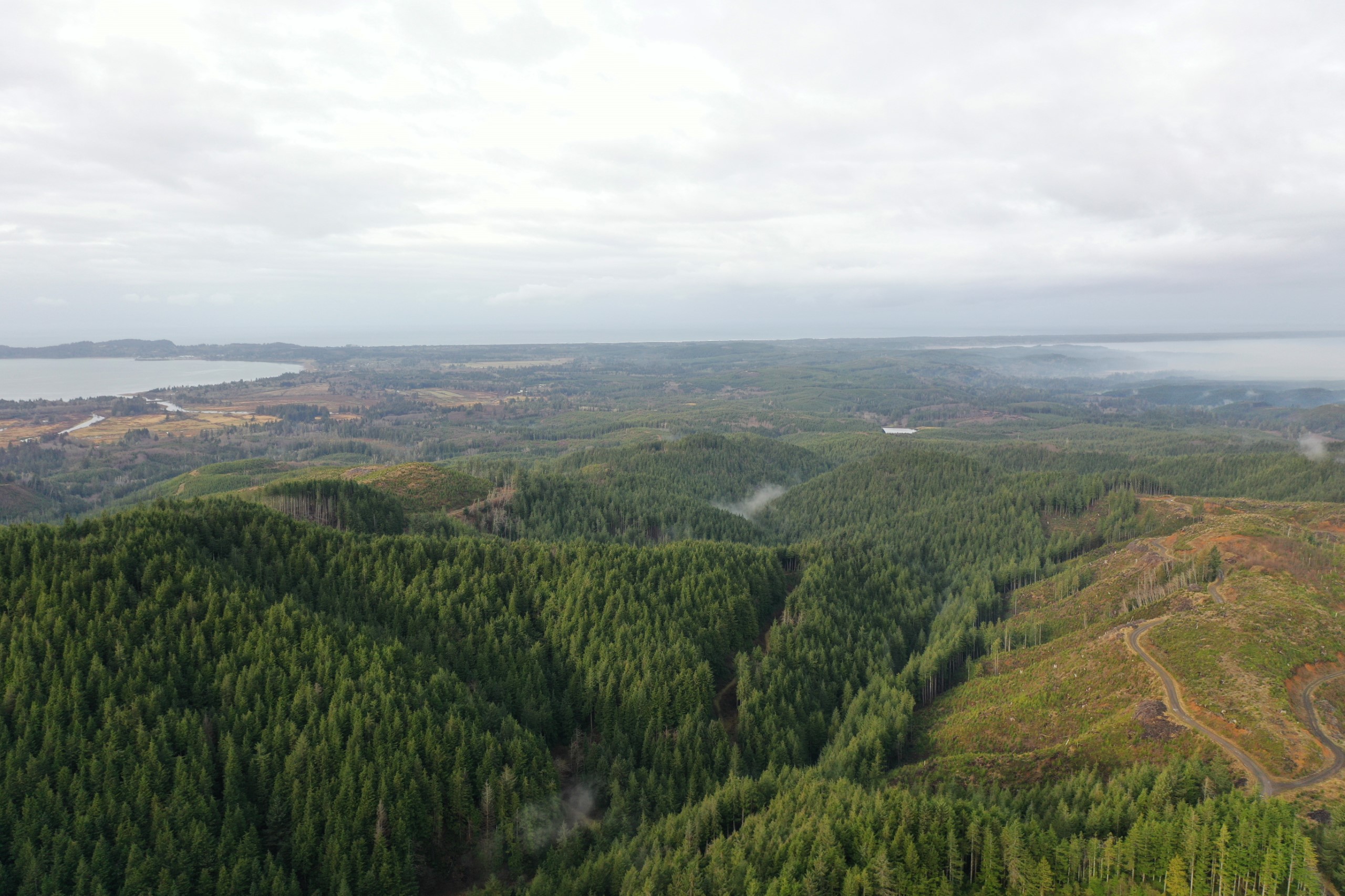 This image was taken from the highest point in the watershed, the southeasternmost point looking WNW down into the reservoir and out to the Pacific Ocean and Willapa Bay.

PUTTING A DEAL TOGETHER

With funding commitments secured, TPL worked with Ilwaco to facilitate the sale. The nonprofit organization collaborates with communities across the country to create, protect and steward nature-rich places vital to human well-being. It’s especially well-versed in facilitating public-private land transactions and has a deep, long-term relationship with Weyerhaeuser.

“If you think about Weyerhaeuser throughout its history, it’s always been connected to the communities where it operates,” says Richard Corff, Washington director of land conservation at the Trust for Public Land. “This sale is an extension of that local commitment.”

Though all parties were on board with the sale, the actual process of securing a deal proved fairly complex. Initial third-party appraisals of the property in 2021 and 2022 were short of expectations due to inaccurate timber inventories and a below-market reflection of the land value.

To resolve the discrepancies, our local Timberlands team, including Jerry Workman and Nikki Parry, worked with independent contractors and TPL to reconcile the differences. An updated third appraisal met expectations earlier this year, and the sale moved forward.

“We’re proud to support the communities where we live and work,” Jerry says. “Protecting forests and their many ecosystem benefits is a commitment our teams make every single day.”

Also, considering our Cathlamet tree farm includes hundreds of thousands of acres near Ilwaco, our teams expect to continue working with the city well into the future.​​​​​​​

“We’ll keep managing our land responsibly and keep good relationships with our neighbors as long as we’re here,” Jerry says.