The gopher tortoise is a finicky species native to the southeastern U.S. whose fortunes are tied to open pine habitat. Pine forests in well-drained, sandy soils provide just the right habitat for the tortoise to forage, breed and dig its namesake gopher-like burrows.

Centuries ago, pine savannahs occurred on up to 90 million acres from Virginia to east Texas. Native longleaf pine was the predominant species on these savannahs at the time, but today only about 5 million acres of longleaf habitat remain. And as open forest conditions declined, so did the gopher tortoise. In 1987, it was listed as a threatened species in Mississippi, Louisiana and western Alabama.

Now, the fortunes of both species — longleaf pine and tortoise — are getting a boost on our timberlands in Mississippi.

JUST ENOUGH IS NOT GOOD ENOUGH

For many years, our Mississippi Timberlands teams have partnered with agencies and organizations on several state and federal initiatives — including a collaborative grant from the National Fish and Wildlife Foundation’s Longleaf Stewardship Fund in 2020 — to conserve upland pine conditions on our property to benefit the gopher tortoise.

“Weyerhaeuser has been working to protect the gopher tortoise since it was listed as threatened,” says Clay Mangum, environmental management systems manager for our Mississippi-Louisiana and Mississippi-Alabama Timberlands regions. “Though proactive management for the species isn’t required by law, it’s part of our vision to be sustainable stewards of our land.”

Our environmental practices are third-party audited to the Sustainable Forestry Initiative® Forest Management Standard, which includes requirements for managing at-risk species. But Clay and our Mississippi team aren’t just interested in checking off boxes.

As part of the collaboration with the Longleaf Stewardship Fund, they’ve identified 1,260 acres of upland pine habitat in Mississippi that supports the gopher tortoise. There are currently more than 500 acres of longleaf pine stands already established. And to further provide an environment conducive to the tortoise, the team is conducting prescribed burns both on our longleaf pine stands and on other high-quality upland pine sites. 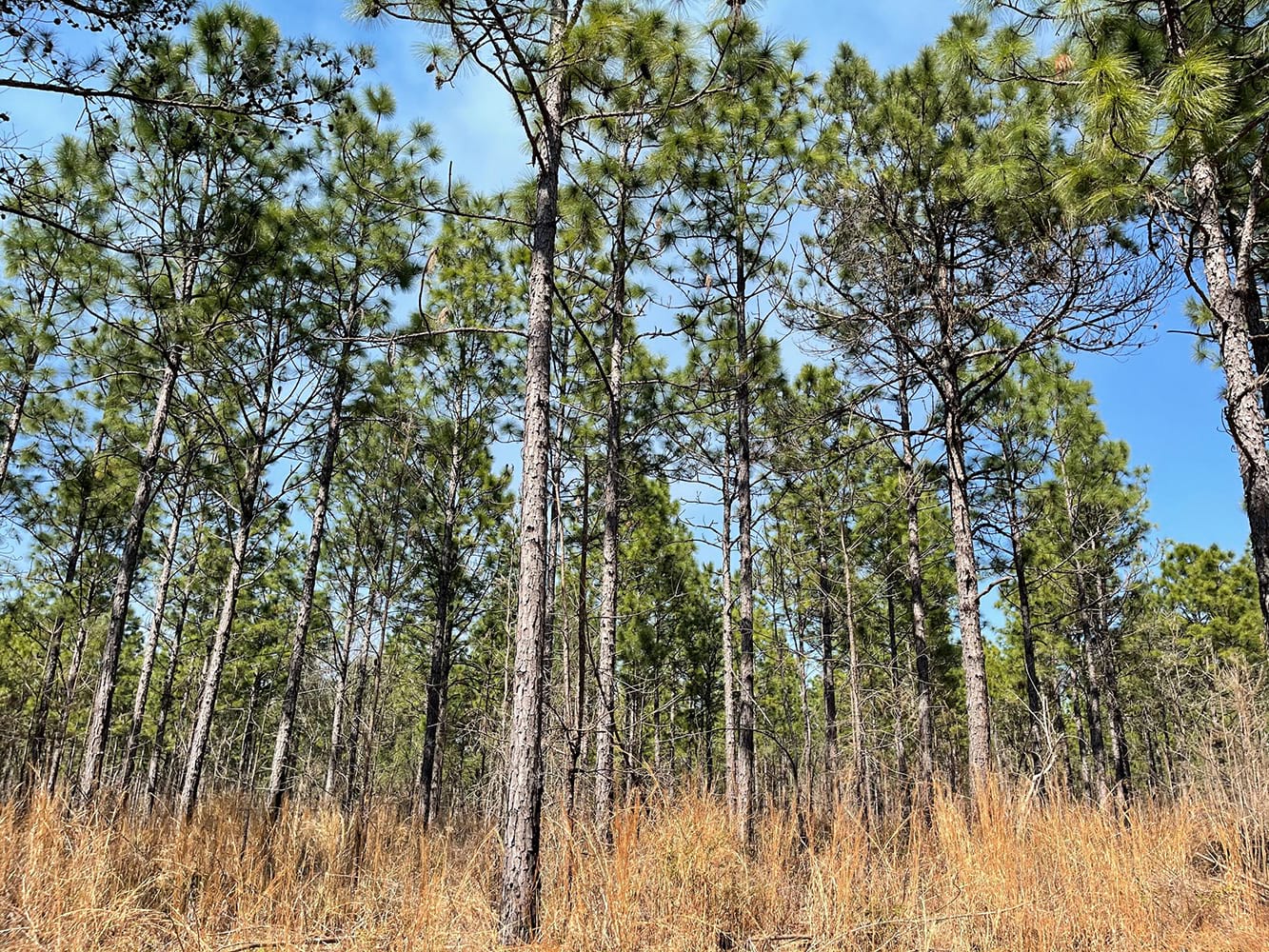 A stand of longleaf pines, which once covered 90 million acres across the South.