Un-Vail-ing Our First Wind Farm in the West

Skookumchuck brings the total number of wind farms on our property to six. There are also currently two in the Northeast, two in West Virginia and one in North Carolina.

When the 38 massive wind turbines of the Skookumchuck wind farm began spinning on our Vail tree farm in southwest Washington a little more than a year ago, it became the sixth active wind farm on our property — but it made history as the first commercial-scale wind farm west of the Cascades.

“This was our first active wind project in Western Timberlands, and we’re excited to expand the portfolio,” says Anthony Chavez, director of renewable energy. “We have really good wind resources, and there’s strong demand for renewable energy.”

Though there was great interest and local excitement about the project — and an active lease agreement to build Skookumchuck on our Vail tree farm was in place since 2012 — construction didn’t start until seven years later.

“There was a while there when I didn’t think it would ever come together,” says Craig “Odie” Bertsch, Vail area manager. “The whole process was new to everyone.”

TEAMWORK MAKES THE TURBINES GO ‘ROUND

All renewable energy projects face a number of hurdles before construction can start. There’s local, state and federal permitting to complete. There are wind studies and robust wildlife studies and permitting to ensure the wind project doesn’t negatively impact local habitat. The project owner must apply to add their power production to the power grid — and sometimes the existing infrastructure can’t handle the increased capacity. Then the owner has to find someone to buy the power and sign a Power Purchase Agreement.

“Since the Vail project was the first of its kind, there was a lot to learn,” Anthony says. “Brian Ostrom from our Energy & Natural Resources group and I worked closely with Odie and the Timberlands team the whole time. They were all instrumental in getting this project off the ground."

“When Anthony came into his current role in 2018, he started bringing our internal businesses together more,” Odie says. “It was a great collaborative effort between Timberlands, Corporate Development, Legal and others to get this project off the ground.”

Construction started in May 2019. Our Vail team provided a list of local contractors to the construction company for the logging work needed to clear the acreage where the turbines would be erected — roughly 280 acres, as one benefit of wind farms is how small their overall footprint is — and Southern Power’s construction contractor sent more than 300 people to build the project.

“From a construction perspective it was a tough project,” Anthony says. “There was no guidebook to follow.”

Though Odie, Anthony and Brian connected with other internal teams who had worked on wind projects — Odie remembers helpful conversations with Ben Dow, an area manager in Maine who worked on the Bingham Wind Project that went online in 2017 — the steep terrain of Vail and Washington’s forest practice regulations added complexities that didn’t exist in our five other wind projects.

“There was a huge learning curve,” Odie says, but all the teams were able to work together and get the turbines spinning in early December 2020. 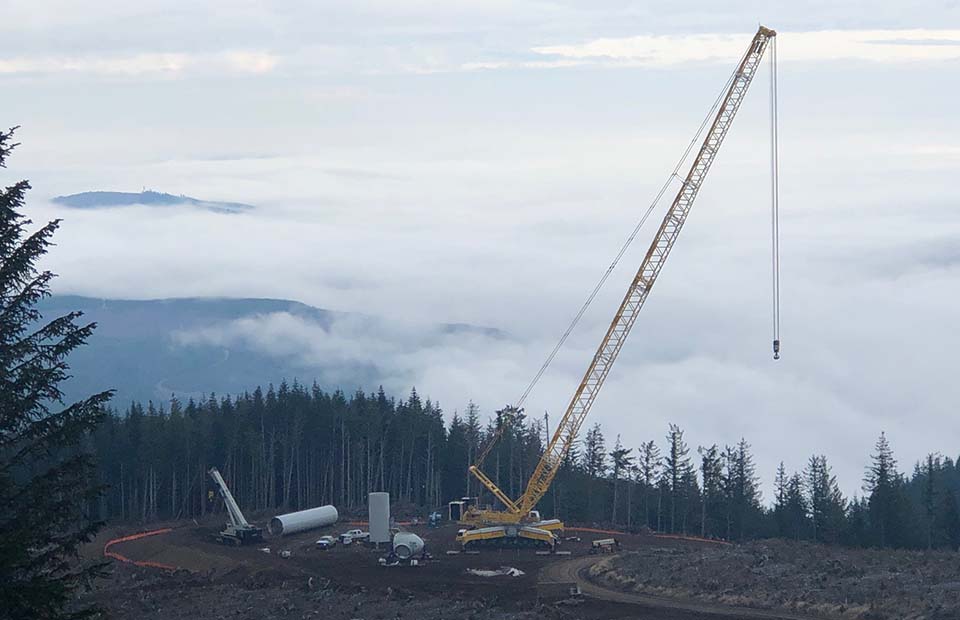 Skookumchuck has now been producing power for a little more than a year. The 38 turbines, each 80 meters tall, are together capable of producing 136 megawatts of electricity, which is sold to Puget Sound Energy.

“Things have been quiet since startup,” Odie says. “We had some road mitigation to do, some blacktop to fix and a few areas of open soil to address. And then one day everyone was gone but a handful of civil works folks who work out of their operations and management building. You go up there now and it’s peaceful, just hearing the blades going around.”

Odie and Anthony are already looking forward to the next wind project.

“The biggest success of the whole thing was the experience my team and I had collaborating with all our internal teams,” Odie says. “If another wind project comes up, we’ll be in a really good position to tackle it.”

And that next project may come sooner than later, thanks to improving local and state policies around renewable energy and the combination of taller towers and advancing turbine technology, which turn wind sites that were once considered marginal into favorable opportunities.

“We’re currently in conversations with developers for new sites in Washington and Oregon,” Anthony says. “We learned together on the Vail project, and now we’re better suited to take on the next one.” 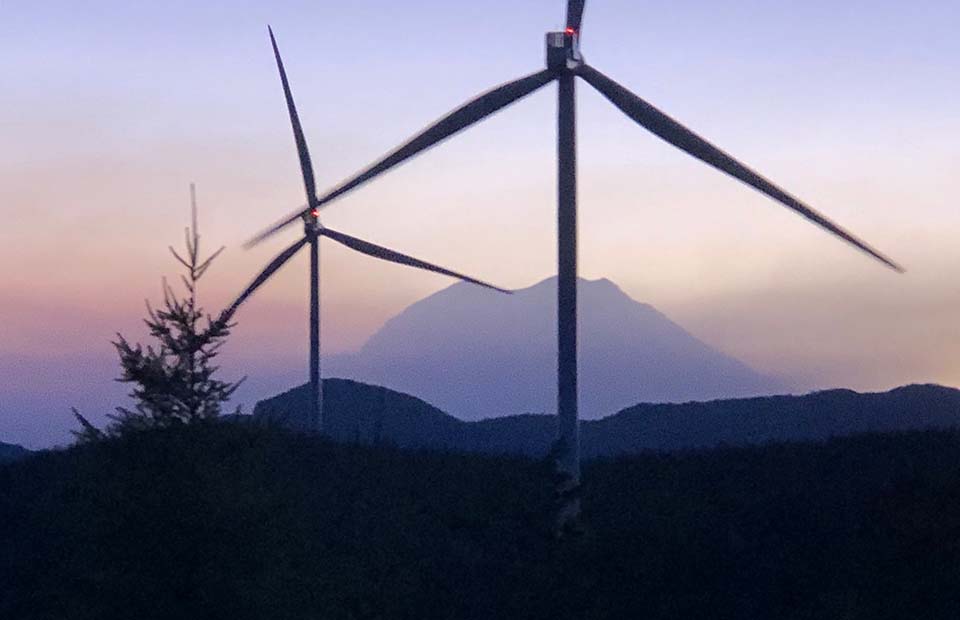 Skookumchuck was the first commercial wind farm west of the Cascades mountain range. Most wind farms in the Pacific Northwest are built along the Columbia River gorge in eastern Washington and Oregon.