Tricia Quinn Floats Into the Maine Forestry Hall of Fame

They were the first women to be inducted, and one was our own Tricia Quinn.

Tricia is a harvest and transportation manager for the Three Rivers district, working out of Bingham, Maine. She has more than 30 years of experience in the forest industry, having started as a field forester in 1990 overseeing pre-commercial thinning and logging crews. She now supervises three young foresters doing much the same thing.

Tricia and her team oversee all elements of harvest on Weyerhaeuser land in the area north of Portland, working with logging contractors and ensuring safety and environmental compliance. Once the timber is cut, they make sure the wood gets delivered to the right mill — the mixed Northern hardwood logs can be used for anything from furniture, cabinetry and flooring to pulpwood or biomass. Following harvest, the team also oversees the ensuing silvicultural efforts, making sure the natural regeneration that follows meets company goals.

“My job is where my passion lies — in the field, working with logging contractors and managing timberlands,” Tricia says. “I never really wanted to go in any other direction. It's where I'm most comfortable and where I think I do my best work.”

The forest industry is an important part of Maine’s economy. According to the Maine Forest Products Council, about one in every 24 jobs in the state has its roots in the woods. A full 89 percent of the state is forested, with ownership varying from large landowners such as Weyerhaeuser to small, family-owned parcels.

And while women have been acknowledged as an important part of the forest equation — in 2014, Tricia was recognized by the Maine Forest Products Council as Forester of the Year — it was unusual to have four women recognized at once for their contributions to the state’s forest industry.

“The number of female foresters is increasing, but there’s still not many of us,” Tricia says. “Together, we've had a large impact at both the public and private levels, so it was nice to be recognized for our accomplishments. And honoring four of us at once made for an even bigger news story.” 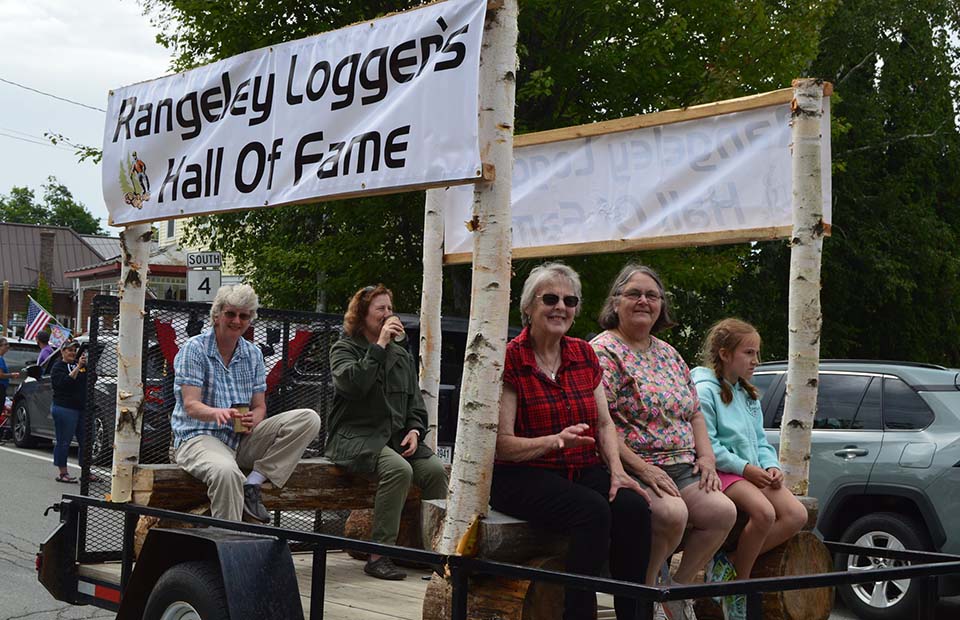 Tricia and her fellow inductees in their places of honor on the parade float in July. 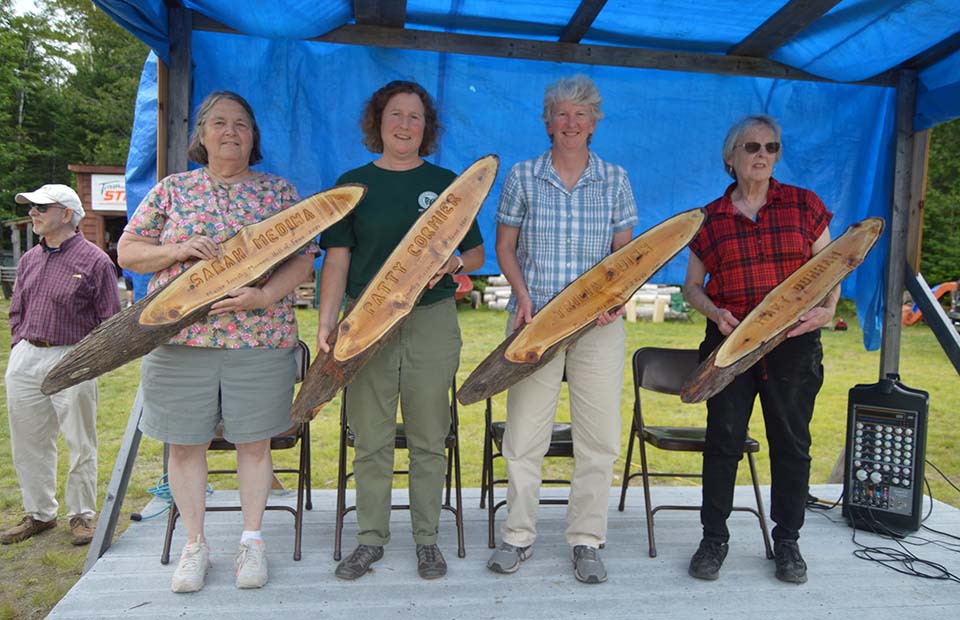 Tricia Quinn, second from right, with the other inductees into the Maine Museum of Forestry Hall of Fame.

LOVE WHAT YOU DO

Tricia is no stranger to working in a male-dominated field. She joined the Marines after high school and served three years on active duty. She also served 15 years with the Army Reserves, and then another 12 with the Maine Army National Guard until retiring in 2018.

Regardless of gender representation, she says that being inducted into the hall of fame for doing what she loves is a special bonus.

“I love working and being outside,” Tricia says. “It’s so rewarding to harvest a stand, set it up to grow into the next forest, and watch it grow healthy and productive while providing other benefits like wildlife habitat.”

Tricia gets similar satisfaction from helping others learn and grow in the field.

“It's been a privilege to help mentor so many young foresters right out of college and watch employees grow and develop their careers,” she says. “I want women to continue to have a strong presence, to make our contributions known. I think in some ways I've been successful as a woman working in a male-dominated field because I make a point of being open to listening to new ideas from contractors and coworkers, and I’m committed to looking at things from all angles. I’ve found it very beneficial to seek diverse opinions, thoughts and ideas.”

Tricia adds that she hopes that more women will follow her in being recognized for their contribution to the forestry industry.

“When I look back, those first few years out of college were some of my best; everything was so new and exciting,” she says. “But it’s also rewarding to watch some of the stands that I harvested years ago now developed into healthy forests. I’ve had a great career.”

Territory manager Holly Woitovich has all the right moves